The first thing to be said is that Anita Best has a lovely voice - warm, strong, tuneful, flexible - the sort of voice many would kill for.  Also, the CD's 12-page fold-out booklet contains some of the best mini-biographies of the singers from whom she learned these songs that I have ever read. 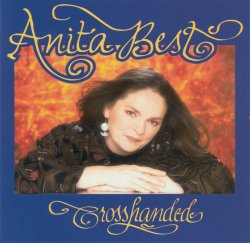 Written by Best herself, they not only give you pertinent information about the singers, but also manage to convey a clear idea of what they were like as people - you have a definite sense of having met them, after reading just 30 or so lines of her descriptions.  This is absolutely excellent stuff!

The songs too, or most of them, are also good, and we start with a real stunner - track 1 is Lord Bateman, in a very full and coherent version, learned from Mrs Kate Wilson back in 1973.  I also greatly enjoy The Spanish Captain, which Anita learnt from her mother, Elsie Best.  Elsie most often sang it in company with one or two other women, so Anita is joined here, in unison, by her friend and the CD's producer, Pamela Morgan - and a fine job they make of it, too.  (Interestingly, it's the only track which might, justifiably be called a cappella; a term which occurs several times in Anita's notes, and which she mistakenly thinks means unaccompanied.  Actually, the term is defined as 'Choral, in several parts, but unaccompanied' and means 'as sung in the chapel or church').  The Spanish Captain weighs in at a very substantial 8˝ minutes, and Lord Bateman is only half a minute shorter.  Several other songs are quite long too, so even though there are only 12 tracks, the CD runs for over an hour.

The CD's interesting title, Crosshanded, is a Newfoundland term meaning 'alone and/or not in a group'.  The cultural implications of this obviously somewhat pejorative linguistic form are very clear, and point up the social imperatives towards the co-operation which is necessary for survival in a marginal economy.

Anita Best was born and grew upon Merasheen Island, in Placentia Bay, in southeastern Newfoundland, just before it became part of Canada.  (It always surprises me that Newfoundland is well south of England - descriptions of the climate make it sound much further north.)  The area was populated by English, Irish and French settlers, so the songs she sings - the songs she heard from the previous generation - were also English, Irish and French songs.  Lord Bateman is an English song, so the CD starts with what I must assume is the local English accent - a sort of Gloucestershire with a touch of Canadian, and maybe the odd Irish inflection here and there.  It's quite delightful, and with a ballad like this it sounds perfect.

There are two French songs on the record, and I was expecting the accent to be along the lines of the wonderful hybrid you hear from the old people on the Channel Islands, or one of the Arcadian settlements in North America - but no.  Anita sings with what sounds to me like a fairly normal, modern French accent.  This was a surprise, but not an upsetting one.  But when the Irish songs all came equipped with an Irish accent, I have to admit to being a little annoyed.  What's worse is that I have no reasonable grounds for my annoyance - if I can accept French songs with a French accent, then why not the Irish?  I can't answer that - but I still don't feel comfortable with it.

Most of the songs are local - or local variants, and there's a good deal of the 'praise song' to local places and activities which one finds a lot in the north of Ireland.  Many of them tend to be over-long and unpolished by oral trandmission - in my opinion.  I would assume that such songs are extremely valuable in a land of isolated and relatively newly-founded communities - both for reinforcing group identity and passing the time.  To a listener without these needs they do pall quite quickly.

Something that record producers seem to be ignorant of is the default 2-second gap left between tracks by the CD creation process.  This is adjustable very easily - but only if you are aware of it.  Far too often, as here, that's all you get - just 2 seconds between songs.  Very often, in a slow song, the inter-verse pauses can be longer than that!  No conductor would dream of leaving just 2 seconds between the movements of a symphony ... serious music needs time for the listeners to assimilate what they've just heard and prepare themselves for what is to follow.  This is serious music - it demands more time.  It demands to be treated with more respect.