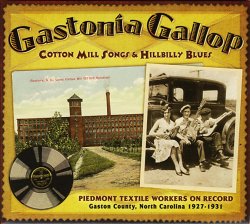 That short period of hectic activity on the part of a handful of US recording companies, over the half-dozen or so years that spanned the end of the 1920s and the beginning of the 1930s, was enormously important in that it preserved for us the work of so many great traditional American musicians.  But while the guitarists, banjo players and fiddlers of the Southern states laid down on record such a rich legacy of traditional songs and dance tunes, this was by no means the only distinctively regional music that was recorded.  Other musicians (and sometimes the same ones), also wanted to record aspects of their music that might be described, depending on your point of view, either as continuing and evolving traditions, or as new and radically innovative sounds, that synthesised aspects of older music with many other ingredients, including jazz, pop tunes, Hawaiian guitar stylings etc.

For various reasons, it's perhaps not surprising that such music should have been predominant in urban, industrial environments, given that at this time they were at the centre of dramatic technological, economic, social and cultural change.  It seems perhaps logical that the music that emanated from a town like Gastonia, North Carolina, with its major textile industries and the surrounding mill villages of Gaston County, should reflect these changes.  And reasonable to assume, also, that the audiences and record buyers who were also working in factories and living in the fast-expanding urban environments, while evidently still fond of music that harked back towards their rural origins, also wanted to hear music that reflected their current circumstances.  This CD includes very little, if anything, that might seem to represent the older traditions of the Carolinas - no Child ballads, no old world dance tunes - but a whole new rich mix including songs of modern work, rags, blues, comic ditties and more.  So while the idiom - acoustic guitar picking, mandolins, harmonicas, banjos - is undoubtedly that of Old Time music, the content was indisputably new.

There are only three instrumentals.  The first, the title track, is a solo harmonica and guitar piece by David McCarn (of whom, more later), expertly delivered, mixing elements that might derive from traditional dance tunes with strong ragtime ingredients, thereby neatly encapsulating the character of the music on the disc as a whole.  The other two are by Fletcher & Rose, both ragtime-influenced.  The first, Red Rose Rag is a lively guitar duet, featuring some dexterous and beautifully intermeshed picking, and a few chord progressions that you certainly wouldn't have expected to hear back in the mountains.  The second, Charlotte Hot Step again features two guitars, but while this time Gwin Foster's guitar lines are a little simpler, his harmonica makes up for it.

Most of the musicians included here were known to have worked in Gaston County's cotton industry, and one of the most interesting and valuable aspects of the selection is that several songs specifically related to the industry are included.  David McCarn's Cotton Mill Colic is a classic of its kind, outlining the privations of industrial labour, while his Poor Man, Rich Man (Cotton Mill Colic No.2) has been used before to focus on the songs of industrial and social comment and protest recorded during this period (see Rounder LP 1026, where it was the title track).  Wilmer Watts' Cotton Mill Blues covers similar ground although less sharply focused, while Dave & Howard's Serves 'Em Fine comes at it from a more rueful angle.  None of these songs are overtly political, as such, although they certainly could be used for such purposes, and a line like 'let the poor man live and the rich man bust' seems to take a fairly unambiguous position.  The booklet notes, as well as being packed with information about the musicians and their work, includes a fascinating account of industrial action at the Loray Mill in Gastonia, and the role of music and songs in events of this kind.

In other ways, too, these songs are very much of the particular period.  Songs built around double-entendres were increasingly popular at this time, often deriving from the African American side, but also featuring strongly in the repertoire of other old-time performers, such as Cliff Carlisle, and there's one good example here - The Three Baccer Tags' Get Your Head In Here.  Songs about 'licker' are pretty much perennial, but there's a kind of plaintive comic aspect to Gal Of Mine Took My Licker From Me that situates it in the time of prohibition, although the singer here blames his gal rather than government legislation.  A Change In Business, also by the Carolina Twins, is one of those topical songs from the 1920s, warning of the dangers of modern fashions (in particular short skirts) which, despite the fact that it seems humorous to us today, has a serious and wistful air about it.  It's worth observing here, too, what a fine singer David Fletcher was.

The influence of African American music is apparent throughout the collection, with bluesy verses here and ragtime changes there, but it's most prominent on Watts & Wilson's Walk Right In Belmont, a version of the traditional blues Midnight Special.  Dave & Howard's Bay Rum Blues (another prohibition-related lyric) is based around a 12-bar format, although its falsetto yodel-style chorus speaks of the influence of Jimmie Rodgers rather than a black source.  There's also traces of Tin Pan Alley in I Want My Black Baby Back, which features a remarkable harmonious whistling duet, as well as old-style comic songs like When You Go A Courtin'.

The oldest-sounding offerings are those by Wilmer Watts & The Lonely Eagles, in particular the exceptionally beautiful Sleepy Desert.  The only extant photograph of Watts shows him holding a fiddle, but he doesn't play it on any track here, favouring the banjo instead.  His tracks include a fine version of the ballad Working For My Sally, otherwise known as Joe Bowers (e.g.  the version by Hedy West on Topic 12T146).  This one uses a similar set of lyrics but a quite different tune to West's version, which suggests to me that it might have derived from a broadside or other printed source.  Talking of song variants, David McCarn's Everyday Dirt is a kind of variation on Will The Weaver - well, more like a complete rewrite based on the same story.

So, no high and lonesome mountain ballads, no fiddle tunes, no sacred harmonies.  In fact, overall, it might not even be going too far to describe what can be heard here as a sound that was just starting to tend towards the urbane, in both its musical content and its lyrical concerns.  As ever, from Old Hat, the tracks are all digitally remastered from some of the best available 78s.  The Wilmer Watts tracks are a little noisy, but these are Paramounts, notorious for their often poor sound quality, and overall the music comes across loud and clear.  Old Hat's high standards of presentation are also well in evidence, with excellent design and illustration supporting outstandingly authoritative notes and discographical data in a 24-page glossy and colourful booklet.