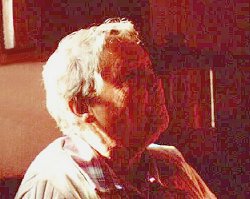 To find a living link with the great recordings of traditional singers made by Peter Kennedy in the early 1950s must be increasingly rare, and all the more so when the singer in question is still only in her 70s, and in fine voice.  Maggy Murphy was only in her 20s when Kennedy recorded a superb rendition of Linkin' O'er the Lea, a version of the Child ballad The Auld Beggarman, from Maggy and her niece Sarah at Bellyreragh, County Fermanagh in 1952.  That recording, which appeared on the Caedmon/Topic series 'Folksongs of Britain' in the 1960s, is here in full, and it is fairly brimming with youthful freshness - a lovely recording, reminding us with some satisfaction that traditional song was not always the sole province of the elderly singer.  There is another song from the same session here, Banks of the Silvery Tide, a delightful lyric ballad, which she sings solo, beautifully, to the tune of Skibbereen; this has never been issued before.

It was nearly 30 years before Maggy was to be recorded again, this time by Keith Summers, who was living and working in Enniskillen for a while in the late 1970s.  Again, Killyburn Brae is a Child ballad (The Farmer's Curst Wife).  Sean Corcoran's notes suggest that we are fortunate that Keith recorded the song, as Maggy rarely sings it.  It is Corcoran who was responsible for three other recordings - the humorous Paddy and the Ass; the lighthearted Boys and Girls Courting Down By The Roadside and the splendid ballad Edmund In The Lowlands Low.  In those three songs, you have some of idea of the scope and variety of Maggy Murphy's repertoire,

and the fact that she handles each with appropriate assurance, gives some idea of the quality of her singing. (sound clip - Seven Years did I Have a Sweetheart)  In the 1990s, her voice may lack some of the lightness and clarity of that of the young woman who recorded for Peter Kennedy, but she knows exactly what she is doing - the ornamentation delightful and never overdone, the telling of the story always a priority, without ever losing the qualities of the tune.

The remaining 10 tracks were recorded by Veteran's John Howson, of which I would give special mention to the version of Molly Bawn, a rather strange tale, I've always thought, which the notes suggest has been located, geographically, in County Down.  This may explain its popularity in Ulster, although it appears elsewhere in the English-speaking world (frequently called Polly Vaughan);

oddly, given the rather obscure nature of the story.  Also of particular note (and especially well sung) are My Father's Servant Boy and Crockery Ware (sound clip), which Maggy learnt from her father.

The note in the booklet that "... the sounds of any passing car, ticking clock, playing children and bumps and bangs are an integral part of the process" reminds me of a spoof I read some years ago advertising an LP where "Great bluesmen tune their guitars, clear their throats and spill their coffee, as dogs bark outside", but notwithstanding my comments on recordings of traditional singers in my review elsewhere of Jock Duncan's Ye Shine Whar Ye Stan!, I agree wholeheartedly with the sentiment.

The notes are full, helpful and informative, the presentation is very handsome, and with its sense of a tradition alive and thriving in this most beautiful corner of our islands, this is a production to treasure.