124-page hardcover book containing 77 photographs and essays by Alan Lomax, Anna Lomax Wood, and Bruce Jackson.  With 2 CDs of 44 audio recordings, 12 of which are previously unreleased.  $35.00 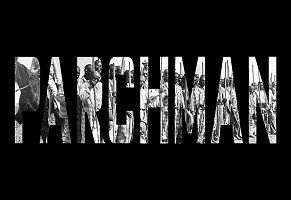 I doubt if anybody who has seen the film Oh Brother, Where Art Thou? will have forgotten the opening sequence, the one where the hapless trio of heroes escape from a Mississippi chain gang to the sound of other convicts singing the work-song Po Lazarus. Actually, the convicts were not singing, they were, in fact, miming to a recording that Alan Lomax had made of the song years earlier at Parchman Farm.

I was still at school in 1959 when I first heard some of Lomax's Parchman recordings. They were issued on an album titled Murder's Home and I doubt if I will ever forget that plaintive opening song:

It was the voice of a solo singer, although the intensity of pain that was carried on that voice could have been that of the whole prison farm.  Most of the album's tracks were of groups of singers, singing as they went about their work, chopping timber, hoeing fields, clearing ditches, picking cotton.  It didn't take me long to discover that this style of singing was closely related to the many work-songs that could still be heard in Africa, and that led me on to a study of African art … but that's another story!

A few strands of wire were all that separated the prison from adjoining plantations.  Only the sight of an occasional armed guard or a barred window in one of the frame dormitories made one realize that this was a prison.  The land produced the same crop; there was the same work for blacks to do on both sides of the fence.  And there was no Delta black who was not aware of how easy it was for him to find himself on the wrong side of those few strands of barbed wire….  These songs are a vivid reminder of a system of social control and forced labor that has endured in the South for centuries, and I do not believe that the pattern of Southern life can be fundamentally reshaped until what lies behind these roaring, ironic choruses is understood.

But Lomax also spotted something else in those voices.  Their music, he said, testified to the love of truth and beauty which is a universal human trait.

You can, I suppose treat this Dust-To-Digital package as being either a book, with CDs, or else as a CD set, which comes with a book.  Actually, it does not matter what we call it, because the whole package is just superb, the CDs and the book complementing each other so that the whole is far greater than the sum of the parts.  Suddenly, seeing these photographs for the first time, we can put flesh and bone to what had once only been unidentified, anonymous voices.  The folklorist Bruce Jackson, who has also recorded material in Southern US prisons, has this to say about the set:

Black prisoners in all the Southern agricultural prisons in the years of these recordings participated in two distinct musical traditions: free world (the blues, hollers, spirituals and other songs they sang outside and, when the situation permitted, sang inside as well) and the work-songs, which were specific to the prison situation, and the recordings in this album represent that complete range of material, which is one of the reasons this set is so important: it doesn't just show this or that tradition within Parchman, but the range of musical traditions performed by black prisoners.  I know of no other album that does that.

As Jackson says, there are several examples here of 'hollers', the sort of songs that Lomax felt were the precursors of the blues and of early black folksongs.  Some, such as Stackalee, are complete songs.  Others, such as the piece titled Tangle Eye's Blues, are collections of traditional floating verses, including, in this case:

Lost my gal the other day
An where do you reckon I found her?
Way down there in an old corn field
Fifteen boys around her

Lomax also recorded guitar accompanied blues, such as Cool Drink of Water and Big Road Blues, both sung by John Dudley, who was clearly inspired by Tommy Johnson, the latter having recorded both pieces in the late 1920's.  Other recordings of John Dudley can be heard on the album Southern Journey - volume 3: 61 Highway Mississippi.  Delta Country Blues, Spirituals, Work Songs & Dance Music (Rounder CD 1903).  There is also a recording of guitarists Leroy Campbell & Robert Sanders, playing and singing Sometimes I Wonder, and there is an excellent harmonica player/singer called Clarence Alexander, who gives us a fine Prison Blues.  A couple of singers provide solo unaccompanied songs.  These are Grover Wells, who sings Up the River, and Willie Washington, who sings My Jack Don't Drink No Water.

But the majority of pieces heard on these two CDs are work-songs.  Sometimes the singers use well-known songs, such as John Henry or The Prettiest Train I Ever Saw, both sung by Benny Will Richardson and gang, while other pieces seem to have been composed by the singers themselves.  According to Alan Lomax and his father John Lomax, these work-songs had once been sung all over the American South, but, With the coming of the machines, however, the work gangs were broken up.  The songs then followed group labor into its last retreat, the road gang and the penitentiary, flourishing there because they were essential to the spiritual as well as the physical survival of the black prisoners.  We saw that the songs, quite literally, kept the men alive and normal.  In 2013, Anna Lomax Wood could say that, In the years following Lomax's last visit, the racial integration of Southern prison farms and the mechanization of agriculture pushed the work songs into obsolescence.  By the early 1970's, they had vanished.

One track that I remember from the Murderer's Home LP was that of a prisoner singing while chopping wood.  At one point a piece of wood flew up and hit the microphone, making a bang, which Lomax left on the recording.  It was the sort of thing that happens during actuality recording and I am reminded of this by the photograph on page 17 of the book, which shows another prisoner chopping wood in front of a microphone.  And this brings me to the photographs reproduced here.  I really had no idea that Alan Lomax was such a good photographer.  His pictures, of prisoners at work and with their families on visiting days, complement the recordings and I especially like some of the captions, actually song verses, which have been placed alongside the pictures.  This verse sits across from a picture of a group of men singing as they work with their hoes:

Well that cuckoo he done holler
And that poor boy he done moan
I'ms a poor boy down in trouble
And a long way from home.

Alan Lomax recorded so much in his lifetime (he was, according to John Szwed, The Man Who Recorded the World and Szwed's book of that title should be read by anybody who is interested in folk music) and it is difficult to pick out highlights from these recordings; but, if I had to do so, I would certainly put the Parchman recordings up there at the top.  Some years ago Rounder Records issued two CDs of Lomax's recording from Parchman (Prison Songs - volume 1, Murderous Home and Prison Songs - volume 2, Don'tcha Hear Poor Mother Calling? CDs 1714 & 1715).  There is some duplication with the Dust-To-Digital set, but the Rounder albums also contain material that was not reissued by Dust-To-Digital.

I have long had problems coming to terms with Alan Lomax.  I never met him, but have met many people who did know him.  Many said that he was arrogant; others said that he was a pain in the butt.  I felt that he was too quick to copyright (to himself) any song that he came across.  And yet, when I read his books, I have often come across another side of the man.  He once said that his job was to be a conduit through which the common man could speak … could tell his side of the story.  Now that I like.  I also like this story, told by Bruce Jackson in the book.  In 1983 Jackson was attending the annual meeting of the American Folklore Society held that year in a Nashville hotel.  Jackson had just been elected President of the Society and was expected to deliver a keynote speech that night.  But, in the elevator, he met up with Bess Lomax Hawes, who suggested that they went to Alan Lomax's room to collect him, before going down to the conference room.  When they arrived at Lomax's room Lomax suggested that they should have a drink.  And, of course, one drink led to another.  Soon, Lomax was telling stories, one after another, and before they knew it, three hours had passed.  There were 'stories about working with his father, stories about people we all knew, stories about people only he knew, stories about doing the work.  Three hours of it.  It was just magnificent'.  Jackson continues:

I remember one sentence out of all the sentences he said that night.  He had gotten onto the subject of academic folklorists and he pointed down to the floor, towards the place however many stories below us they were doing their speechifying:

How can you not love somebody who can summarize a generation of ambitious and competitive pedants like that?  That was the best evening I ever had at an American Folklore Society meeting.

At last, a story that I can relate to, about a man whom I now feel able to understand and empathize with, because in this instance he was right.  Too many people feel able to pontificate these days on folk music.  And often their knowledge comes from books and libraries, rather than from the actual lips of the people who have produced this music.  But it takes guts and determination to produce recordings such as the ones that Alan Lomax made in Mississippi in the 1940s and '50s.  Read his book, The Land Where the Blues Began, and listen to his stories about being run out of town after town by white sheriffs, who objected to him mixing with black people in his search for the music of America.  And, despite such treatment, Lomax continued in his quest throughout his life.  This book and CD set are, indeed, a fitting tribute to one of the world's great song collectors.