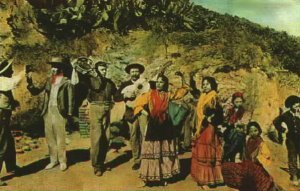 Folk song collecting in Spain began in the 16th Century; Salinas' De Musica Libri Septem (Salamanca, 1577) used songs he'd taken down in Salamanca to illustrate his theories of rhythm and metre.  More recently, fieldwork carried out before this century's Civil War yielded some impressive publications, notable for a stress on the investigation of regional differences, and a pioneering reluctance to make 'improvements' to irregular phrasing and other folkloric characteristics.  Field recording was an early component of this research, and Schindler's Folk Music and Poetry of Spain and Portugal (New York, 1941) claims to be the first such anthology transcribed entirely from recordings.

Despite all this contemporary attention, Rodney Gallop, writing in The Gramophone for November 1930 about some of the recordings collected in this anthology, felt it necessary to explain flamenco in some detail, and to note that it was "perhaps rather an acquired taste, but of intense interest as a genuine example of the raw material used to such effect by Albeniz, Granados, Falla and Turina."  Gallop was writing in a magazine primarily devoted to classical music, hence the need to apologise, and before flamenco had become part of the international soundtrack, hence the need to explain.  Nowadays it's unlikely that anyone listening to the four opening tracks - Guajiras, Seguidillas, Peteneras and Fandaguillos - will be surprised by what they hear.  They will probably be astonished by the intense, decorated vocal lines - one of the singers is well nicknamed "Angelillo" - and by the virtuosity of the guitar work (played, on three of the four titles, by Ramon Montoya), but that's a different matter.

Astonishment will, I suspect, be the primary reaction of most listeners to this CD, even those who know Spanish folk music a good deal better than I do.  Its 20 tracks divide evenly between music from southern and northern Spain, and are transferred from La Voz de Su Amo (Spanish HMV) 78s recorded in the late twenties and early thirties, and purchased at that time by aforementioned diplomat and musicologist Rodney Gallop (1901-1948).  The disc is annotated by his son Nigel, himself evidently a considerable expert on the music of Iberia.  The younger Gallop quotes extensively from his father's reviews and other writings, which convey a vivid sense of just how enthralling it must have been to hear and see performances of this material in those days. 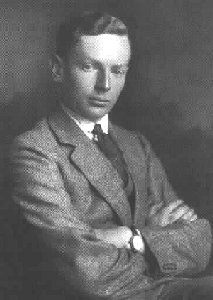 One track included, Saetas, comes as close to giving listeners seventy years later a share in that experience as is possible.  Vividly recorded in the streets of Seville on Good Friday 1928, during the Holy Week processions, it starts with the hubbub of the crowd, which continues all through the recording; then a distant singer produces a long, impossibly ornamented and intense melody.  Shortly thereafter, the accredited singer, Mercedes Martin, begins to sing independently.  The saeta (literally "arrow") is an improvised Gospel verse, and her singing does indeed soar into the air.  She stops, to the applause of the crowd, the second singer begins again, then Martin resumes.  "For a moment before the record closes," as Rodney Gallop noted in his original review, "the two are heard mingling with the distant strains of a band and the siren of a steamer on the Guadalquivir, an amazing example of gramophonic realism."  That it is - and one can only be grateful, both that an engineer decided to cut a master in such very difficult circumstances, and that La Voz de Su Amo thought it had commercial potential.

The other five titles from southern Spain are by an Andalucian cuadro gitano led by "La Coja", who was described in Walter Starkie's Don Gypsy (1936) as looking like an English nanny, but capable of terrorising her troupe when a row broke out.  The cuadro is accompanied by mandolin, guitar, castanets, and tambourine, and given that these are unequivocally records of dancing, not just of dance music, one is again impressed by the way the engineers have captured what is sometimes a hailstorm of percussive sounds with such clarity.  Once or twice, indeed, the recording medium is defeated, and the guitar work is reduced to a rhythmic buzzing, but in fact this ominous, bee-like drone seems quite appropriate to such wild and aggressive music.  Rodney Gallop's review slightly flattered his Gramophone readership by implicitly including them in the "most people (who) would rather go further from the beaten track for their Flamenco singing and dancing."  In 1938, when he was writing, these were the only cuadro flamenco recordings available, but even today, when flamenco is all too easily heard, usually in debased and clichéd touristic presentations, La Coja's team still sounds immensely exciting.

The New Grove article on Spanish folk music begins by stressing the regional diversity of the music, attributing it historically to the successive waves of invasion and migration that have affected Iberia, and geographically to the division of the country by mountain chains.  If I have a tiny complaint about this CD, it is that the title Voice of Spain, in the singular, gives a wholly misleading impression of uniformity.  The half of the CD devoted to northern Spain graphically illustrates the country's diversity, and the richness of its various traditions, and will, I suspect, be even more of an eye-opener than the south's 10 tracks.  The first of three songs from Asturias, in the northwest of the country, is a cancion de carreño (song of the road) by Odulia Alvarez (La Busdonga).  She is accompanied by a piano which, while not obtrusive or ill-assorted, does nevertheless seem quite superfluous to a song well-described by Rodney Gallop as "carry(ing) with it a hint of the open air and wide spaces, of the type which one cannot recall having heard except a valley's breadth away."  The other Asturian songs are canciones de los Vaqueiros de Alzada, nomads who practised transhumance, moving seasonally with their herds.  (They were thought until recently to be a separate ethnic group, descended from remnants of the Moorish army defeated at the Battle of Covadonga in 722 AD!)  Lauro Menendez accompanies himself on tambourine, but the other, unnamed singer strikes the handle of a metal pan (payecha) with a key to supply the 3/8 over which he delivers his vocal cross-rhythms.  As an instrument, the payecha is apparently unique to the Vaqueiros de Alzada (although serious blues collectors may recall Tommy Settles on Paramount, accompanying himself on kazoo and what sounds like a saucepan), and this recording is as remarkable a piece of documentation as the Sevillian saetas. 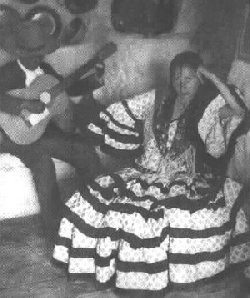 Santander (La Montaña) is immediately east of Asturias on the north coast of Spain, but the music is very different.  Sara de Ortega and Manuel Sierra perform a song apiece, then duet in glorious, heart-stopping harmony on A La Mar Salen Los Rios.  Ortega's solo is unaccompanied, but the tune is first played through on ferocious-sounding pipe and drum, while Sierra's performance is accompanied by a drum alone, and features gritos viriles which will immediately remind any Scottish resident of heughing.  Indeed, the grito viril is often claimed to be of Celtic origin, but this seems unlikely, for it is heard all over mainland Spain, and in the Balearic and Canary Islands as well.  Aragon is represented by two sets of coplas, the vocal refrains originally sung to enable the dancers to rest during the jota, the Aragonese national dance.  Accompanied by a rondalla (guitar band) using only I and V chords, these are exchanges of four-line verses, often by a man and a woman trying to score points in the battle of the sexes - a sort of non-obscene, impersonal equivalent of African-America's dozens playing.  If that sounds tame and insipid, these performances will soon correct the impression.

The CD closes in very different style with two sardanas.  The sardana is an important component of the Catalan national identity, danced in a circle formed by men and women in alternation.  There are ancient roots to it, but the sardana was largely developed by the 19th Century enthusiast Pep Ventura, so, if it matters, the accompaniments perhaps belong in the realm of popular, rather than folk, music.  The dance is played by a cobla, a small band typically consisting of flaviol i tamboret (pipe and drum played by one musician), tiple and tenora (treble and tenor shawms), trumpets, trombones, flugelhorns and a string bass.  This combination of instruments blends shrillness, warmth, staccato and legato in a magical colouration that is simultaneously exhilarating and relaxing.  These final tracks provide a delightful contrast to the intensity of much of what has preceded them, and leave the listener wanting more; they are the aural equivalent of the salted almonds served with the rest of the CD's perfect dry sherry.  I hope Heritage plans to release more music from the same era; one copita of sherry is not enough, and salted almonds are the most more-ish food known to man.