Voice of the People - Volume 6 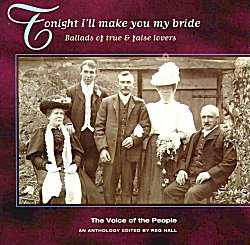 With a subtitle like Ballads of True & False Lovers, this could be regarded as a collection of songs that didn't quite make it into Volume 1 (Songs of Courtship & Marriage) or Volume 17 (Ballads).  After all, as a starter we have Walter Pardon's Raggle Taggle Gypsies.  Was that edged out of the ballad disc by a different version, Jeannie Robertson's Gypsy Laddies?  Well, no, of course it wasn't and even if the series were to have been squeezed down to one-tenth of its size, I would have wanted to see both of these included.  It does, however, point out one of the major problems that the editor faces in this series.  Most of the categories are not as hard and fast as the two regional English dance music volumes.  (I doubt if I would have chosen the words "hard and fast" if I had written this before fully considering volume 19!) Ballads are often love songs, English gypsy singers sing songs that come into other categories and so on.

Jeannie and Walter make an interesting comparison; their approach to singing could not be more different.  Even before she came to the attention of any outside academic or enthusiast, Jeannie's singing gave her great status amongst her Scots traveller community.  Her singing is clearly aimed to command the attention of and to impress the listener.

Walter is much more introspective.  A L Lloyd summed him up well, "His style has been developed away from an audience, in the cottage kitchen or in his tool shed on rainy days.  In consequence, his singing is thoughtful rather than showy."  He is one that could easily have been missed; thank goodness he wasn't! (sound clip - Raggle-Taggle Gysies)

Jeannie doesn't feature on this volume but there is her daughter Lizzie Higgins giving one of her of her totally convincing, compelling performances of The Laird O' the Dainty Doonby and then there is her nephew Stanley Robertson.  There was no singer who I was more delighted to see included in this series than Stanley.  That no solo album has ever been issued of his singing amazes me.  He has been seriously underrated as a singer over the years, especially in Scotland.  In visits there, I have been in many arguments over my advocacy of Stanley with various members of the School of Scottish Studies, officers of the TMSA etc.  Mostly, the arguments go, that he has not got the sense of dynamic of his famous female relatives, his voice lacks their variety.  Well, I feel that a point is being missed here.  Stanley's true artistry when he is singing and even more so when he is story-telling

is that he immerses himself so totally in what he is doing that the story/song takes over and he seems to become a mere vehicle of delivery.  A more ego-less performer than Stanley would be difficult to imagine (sound clip - Ballad of the Ewe Buchts) and he is far more than the repository of a huge and wondrous repertoire of songs and stories that some people consider him to be.

Travellers are well represented by other superb performances on this album.

There's Phoebe Smith's wonderfully pure singing on the little heard ballad of Young Ellender and Mary Ann Haynes giving what was probably her best performance, Long A-Growing (sound clip) with her strongly colloquial way with the words and the melody just having to do what it can to accommodate it, with just a hint of the wicked laughter at the end which was her indication that the magic spell of singing was over and that she was returning to her incorrigible self.  One of my great regrets was that I was never able to persuade her to come along to sing at our folk club.  They would have loved her.  I once took Belle Stewart round to her flat on the off-chance of introducing the two of them to one another, but sadly Mary Ann was out.  Belle is represented here by her 'lover's ghost' ballad, Here's a Health to All True Lovers.  I think of these the two singers as being the ones that most closely define Scots and southern English traveller singing styles.

Eight of the twenty tracks here are from Ireland and the song that really grabs these ears is Another Man's Wedding (sound clip).  Eddie Butcher's version has the story extending beyond the usual finishing point of the death of the young bride with the groom talking to the corpse 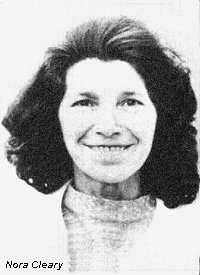 , with the lovely tune and Eddie's stately delivery of it adding to the delight.  It is difficult not to give all the sound clips to Paddy Tunney, such is the sustained majesty of his singing throughout this series.  Here he has The Month of January and is at total ease with the difficult twists and turns of decoration that he brings to his outstanding performance of The Mountain Streams Where the Moorcocks Crow.  Nora Cleary from Clare also contributes two absorbing pieces, The Green Wedding and The Bold Trooper.  She demonstrates her great ability with beautiful triplet decoration on higher notes and the occasional louder punched notes when she comes to a lower part of the melody,

all this achieved without ever detracting from the interest in the story she is telling.  Mary Ann Carolan offers one of the fine locally based ballads that abound in Ireland, The Maid of Ballymore (sound clip).  She is one of those singers who returned to singing and concertina playing after a gap of a number of years following interest shown by enthusiasts and song collectors, in this case Sean Corcoran and Roly Brown.  Packie Byrne shows a side of his musical personality that he rarely revealed in his mainly comical folk club act with a fine Molly Bawn.

One of this volume's great attraction is the fact that there is a much more even proportion (9 to 11) of female to male singers than on others in the series.  Generally speaking women fare worse in Voice of the People series than they did on the Lomax/Kennedy Folk Songs of Great Britain.  Yes, I've been counting again; it's one of the things that you can do whilst listening carefully to these albums.  Leaving aside groups of singers, bands, instrumentals and just counting the tracks of solo or duo singing, the number of performances and proportions for the two series are as follows:-