Voice of the People - Volume 19

Ranting and reeling -
Dance music of the north of England 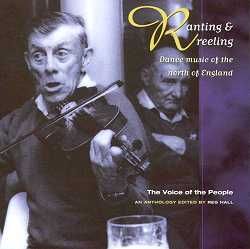 'Dance music of the north of England' is the sub-title of this volume, but it might as well be 'Dance Music of Northumberland' with the dominance of the county that is such a hot-bed of traditional music to this album.  Many listeners, myself included, may come to this volume trying to hear the sounds and qualities that will define a 'north-east style' of playing for us.  Well, we will be disappointed, because the complexity of the reality makes such a thing almost impossibly difficult.  Just as definitions of what constitutes traditional music and song are hedged around with various caveats, restrictions and reservations, so describing a regional style is fraught with a veritable mass of exceptions to the rule.

Of course, the best players in the region don't help us here!  We all know that Willy Taylor's fiddle and Will Atkinson's mouth-organ are the very stuff of the north-east style, but whilst they demonstrate this here,

they also show that they are masters of the music of Scots pipe marches - Will Atkinson on Farewell to the Creeks and Willy Taylor on The Braemar Gathering (sound clip).  When Tony Engle made the recordings of Will Atkinson in 1974 that are included here, he had spent at least five years attending and entering competitions at TMSA festivals, so Scottish music must have been strongly in his mind at the time, but Reg tells that even as a young man he had very fond of the recordings of the Scots accordionist William Hannah.  We shouldn't be surprised. 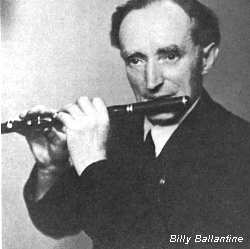 Reg reminds us that "There has been a Scottish music influence up near the border and strathspeys and variations on Scots tunes, for example, appear in the Robert Whinham collection."

However, it is not just an powerful Scots influence that we can detect.  Even if Reg has ignored the Tyneside Irish music of the likes of John Doonan which he could have obtained from the Topic archives,

it is still possible to hear traces of rural Ireland in some of the playing here, particularly in the fiddle of Dave Rogerson.  (sound clip - Swallow's Tail).  Reg mentions the influence of seasonal farm workers, mainly from Donegal, who undoubtedly brought their music with them.  Elsewhere another fiddler, Adam Grey plays Tom Hepple's Polka (AKA The Girl With the Red Dress On) in a very different (pan-English?) style.  Certainly in repertoire and playing style, this recording would have fitted into the 'Rig-a-jig-jig' volume.

Does that leave us anything at all that exemplifies the north?  Yes, plenty.  To outsiders, the most typical aspect must be the many examples that are played for the rant step.  Jim Rutherford's Morpeth Rant is typical of these. (sound clip).

One thing that seems to unify the 28 tracks here more than style is function.  This is no pub session tune collection with the players playing for their own amusement. 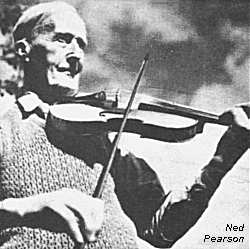 Nearly every note tells you to get off your bum and join in the dance.  The importance of social dance in the North-East is explained by Reg in the introduction what is probably the most successful contextualisation of the music of all the albums in the series.  Dance has been important on the farms, at farm sales, harvest suppers, flower and produce shows and latterly in the village halls.  Such was the demand that bands were brought in from outside the area, including many Scottish country dance bands.  Not all, we are told, were able to meet the peculiar local rhythmic requirements although the ever-popular Jimmy Shand was able to do so.  There are some local bands included here including a fine set of waltzes played by mouth-organ player Bob Forester in the company of Alf Adamson's Band and the superb Cheviot Ranters.

My copies of their Topic vinyl have been virtually worn out over the years, but they have never sounded so happy, together, relaxed as they do on Jack Thompson's Fancy (sound clip)  I would say they were the best band I ever danced to.

Now consider this question.  "Would you expect an album of mainly Northumbrian dance music to include an example of solo small pipes playing?"  I expect that the answer would be 'yes' from most of you.  Now, add the words " ... if the selection had been made by Reg Hall?" at the end of the question.  Not quite so many 'ayes' now, I'd imagine. 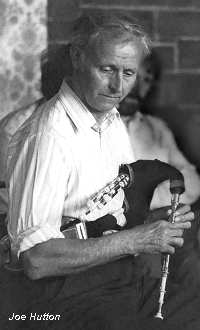 This brings me back to the point that I was making about mediation in my 'Comments on the Series'.  The social position of pipers has been affected by noble and civic patronage.  Nowhere does Reg say that this takes them outside his concept of what The Voice of the People should sound like, but I am looking for a reason for what is a surprising omission.  The repertoire of the pipes has also been considerably affected by the wide range of competitions that have grown up with the technically sophisticated and complicated sets of variations that abound.  For some, this may have moved the pipe repertoire away from the tradition, but there can be no doubt that the overall health of traditional music in the north-east has been positively affected by the likes of the Northumbrian Pipers' Society and their local branches, yet that is not mentioned here.  If the ommission of solo piping is strange, the lack of an explanation is even stranger.  As it is, the only examples of piping that we get are of Joe Hutton in the context of the trio with Will Atkinson and Willy Taylor.

Even the title of one of these tunes, The Kelso Fiddle & Accordion Club (sound clip) gives us another jigsaw piece in explaining the strength of traditional music in the north-east which is so surely demonstrated in this volume.

Lastly, there is the only item that lies outside this tradition.  Arthur Marshall plays his melodeon for the Loftus Sword Dancers in Yorkshire.  He plays The Oyster Girl and The Lass of Dallowgill.  Unlike the south Midland morris, the tunes do not seem to be specific to the dances but the jigs are played with that very particular pace and emphasis that is called for in sword dances.  I was struck by the great similarity of this music to the way in which the melodeon player plays for the sword dancers in Curcur, Wexford in the 1947 recording by Caoimhin ŕ Danachair.  Has any comparative study been done of Irish and Yorkshire sword dancing?