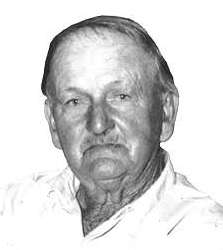 Born in 1897 near Bingara, NSW, Charlie Batchelor died in mid-1984. Over the last few years of his long life Charlie was the subject of increasing attention from young musicians in search of locally sourced Australian 'traditional' or 'folk' music. During 1983/4 he made some half-a-dozen visits to NSW festivals, performing in concert and for dancing, as well as informally. The appearance of Charlie and his music caused a bit of a stir in the Australian folk revival, spawning a number of new field collectors and a renewed focus on Australian vernacular music(s). The captivating sound of Charlie's playing and music caused this impact - a unique blend of the familiar and the exotic. An awareness developed that Australian sourced music could actually be attractive to play and dance to. This article will attempt to locate Charlie and his music within the context of his life and historical community and, belatedly, on the contemporary stage of the Australian folk revival.

We first met Charlie at his small property, 'Emu Vale' in mid 1981. The middle of a long drought had barely left a blade of grass standing. 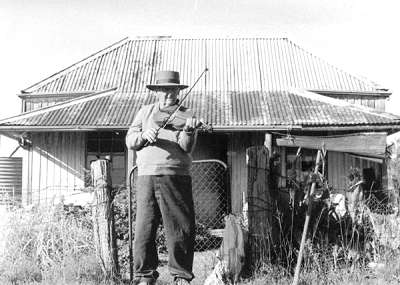 The parched environment and a dilapidated cottage framed the weather-beaten figure of Charlie. After retrieving his fiddle from around the back he made sure that we understood his situation, 'I tell you what, yer come around at a bad time, I been off it!' There was in fact no longer any local audience for Charlie's music.Charlie was very much a private musician who took the opportunity provided by this late outside interest to 'find' his audience.

The first tune Charlie played onto tape was his most difficult piece (it later came to be called The Nine Buckets Schottische). His limited but solid repertoire comprised a narrow band of tunes to accompany the 19th century local dances and an overlay of later popular song tunes learnt from recordings and radio. Charlie was quite singular. Even though he took up the fiddle seriously in his late twenties, during the 1920s, he set about learning the pre-WWI repertoire that had first inspired his interest.

This is the only schottische of Charlie's that has been recorded over a wide area - versions of it were known by players everywhere (see Stan Treacy etc). Charlie learned it from George Parkins, a concertina player who lived nearby.

Henry 'Harry' Reeves was Charlie's mentor. Reeves was the centre-piece of a local group of musicians who played for country dances in the years leading up to the first world war. Reeves' band was made up of three fiddlers (Reeves, Walter and Jimmy Morris) and two button accordions (Walter Morris and Joe Hall). Charlie heard this band play for dances at homesteads up and down the Horton River valley, between Elcombe and Upper Horton. Even in 1981 this district was well off the beaten track. Reeves' property, "Rosebud", was located at Elcombe, a 'village' on the banks of the Horton River. Set amongst an outlying range of mountains that separates Bingara from Narrabri and the flat blacksoil plains to the west, the Horton River is a tributary of the Gwydir River which feeds off the New England tableland, flowing northwest into the mighty Darling River system and eventually reaching the sea thousands of miles away in South Australia.

In addition to the Reeves band, Charlie learnt music from 'the Hill brothers', Logan and Vivian, Bingara saw-millers who played concertina and fiddle, and George Parkins, a concertina player. The surnames and music point to the predominantly English origins of the music. This mid19th century music centred on couples dances and quadrilles. In this 'tradition' the 'gun' tunes were the schottisches and waltzes, the focus of Charlie's repertoire. He also played set tunes in 6/8 and 2/4 time, a varsovienna, a waltz of vienna, a couple of jigs and a terrific polka tune.

In the 1940s Charlie joined with local fiddlers Bruce Brookes and Stanley Tutt and a guitarist to form 'The Merry Fiddlers', a group that performed for charity functions in Bingara, often for returned servicemen.

As with a number of Australian regional styles, Charlie's music represents a transplanted, somewhat formal English tradition. While not entirely separate from sources in 19th century sheet music, the remoteness of this Australian setting allowed a free-flowing, vernacular, substantially 'folk' musical culture to develop; the function and learning process approximates the sentiment of classic folk music definition. 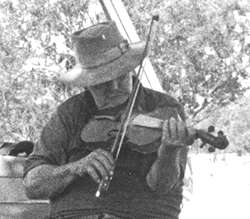 The primary dance function of the music was accentuated and metronomically accurate. With Charlie's music the created effect was a sustained, cyclical musical 'lift', making the music both wonderful to accompany dance to and exciting to play. Transplanted culture (especially language and music) combined with environment and culture in a new setting to produce an Australian vernacular.

Between 1981 and 1984 we made many visits to Charlie and his neice, Gloria. Travelling an out of the way track west from Armidale and the New England tablelands down the upper Gwydir River to Bingara, we camped both along the Gwydir and at Emu Vale. The musical relationship that developed made possible the later festival appearances and LP recording. This close circle expanded rapidly following Charlie's first Festival appearance at Newcastle in June 1983. Over the next frenetic 12 months interest in Charlie and his music increased dramatically. His meteoric musical rise culminated in his National Folk Festival appearance in Canberra with the dozen-strong Horton River Band. The profound impact of this cross-generational music revival survived his sudden death soon after, and today continues to influence and inspire. For us there is no separation between Charlie and his music.

Chris is soon to release a remastered CD of the ground-breaking 1984 LP Kind Regards, C Batchelor, including new tunes and dialogue. Send details to be put on the mailing list.
Website: http://www.baalgammon.com.au   E-mail: sullivan@baalgammon.com.au

Mark has more information about Charlie on his site, and a booklet of text, photos and transcriptions for sale.
Website: http://www.ozfiddle.com.au   E-mail: mark@ozfiddle.com.au