The first solo album has always been a critical step for an emerging talent.  Even in the vinyl age, it took some effort to assemble enough publishable material for a dozen tracks, running for thirty-five minutes or so.  A number of respected performers - the Watersons, for example - made their recording debuts by contributing a few items to a compilation album.  Several others - including Cyril Tawney - started with a handful of songs on a 45 rpm EP.  But today, the CD challenges a new performer to fill seventy-plus minutes - and to do so with music good enough to compete against back-catalogue classics reissued at bargain prices.  Listeners may welcome the fact that many fine recordings which once had to be accessed in the archives of academic institutions, or on long-deleted disks borrowed from fellow enthusiasts, can now be found at your local HMV store or ordered at a discount over the internet.  But for performers, it's a tough time to start a solo recording career.

After playing a supporting role on albums fronted by other artists, Moira Craig has now taken the plunge on her own.  The result is encouraging, if not quite overwhelming. 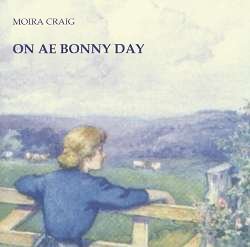 Moira has a pleasing voice, an interesting repertoire, and an engaging delivery, and uses them to assemble a very listenable record.  But a collection of traditional Scottish songs, sung by a (mostly) unaccompanied female voice, invites comparison with heroic figures like Jeannie Robertson, Belle Stuart, Isobel Sutherland, or Ray Fisher.  Judged by that standard, this record merits an honourable mention, but not - so far - a place in the pantheon.  Moira's performance of The Silkie, for example, comes across only as a curious story, with a rather sad conclusion.  This tragic tale of an earthly woman, her shape-shifting lover, and their doomed child, should make the hairs on the back of your neck stand on end.  But here, you never feel the singer putting you through the wringer.

In several of her ballad performances, I feel that Moira is concentrating too hard on her vocal technique, instead of immersing herself in the story and trusting her voice to do whatever is necessary.  However, on lighter material, she has a surer touch, and seems far more at ease.  Her tone and phrasing on songs like Logie of Buchan and My Boy Tammy are absolutely right, bringing them alive for the listener without apparent effort.  This is also true of the accompanied songs like O Can Ye Sew Cushions and Jackie Munro - and of The Isle of Mull, where the second voice adds a welcome touch of harmony.  Perhaps more material of this kind, and fewer attempts at the 'Muckle Sangs', would have made a better balanced record.  Yet one cannot blame aspiring singers for wanting to tackle the great mountain peaks of the ballad repertoire.  There they stand, a Himalayan range against which each generation feels called to test itself.  They will still be looming when Moira Craig returns to the studio again, as I hope she does.  And I have no doubt that by then, with the experience of this recording behind her, she will give an even better account of herself.