I have to admit to being surprised at how enjoyable this CD is.  What a dreadful admission!  But, on the face of it, the 'discovery' of a group of family singers from Kent, in the late-1990s, does seem rather too good to be true. 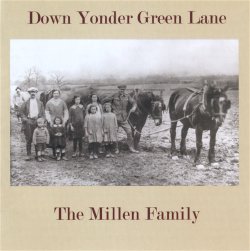 How was it possible that, after some 40 years of fairly high-profile public appearances by the Copper Family from the next county, that this ostensibly similar family group should have remained unknown?

Yet I shouldn't have been surprised, really - wasn't the same true of Gordon Hall, Ray Andrews, Joe Rae, Walter Pardon ... ?  The sobering fact is that the 'folk scene' has never been terribly aware of what's actually going on in the community, and the people still active in that community have not generally seen too much connection between themselves and what goes on down at the local folk club.

This is not to disparage what goes on down at the local folk club, necessarily - many traditional performers have found enthusiastic and sympathetic audiences for their songs there, often after their 'native' culture has lost interest in what they do.  It's merely to comment that it's a shame that 'we' and 'they' have really had so little contact or interaction, over the years.

The Millen Family come from, and farm, the area around Smarden in central Kent, a few miles north of Tenterden.  The story of their involvement in the songs, glees and catches can be found in George Frampton's article about them in these pages, which also makes up the bulk of the CD's booklet notes, and a fascinating read it is.

Given where they come from and what they do, there's little which is surprising in the songs presented here: Farmer's Boy and Buttercup Joe feature in most rural singers' repertoires in this part of the country; 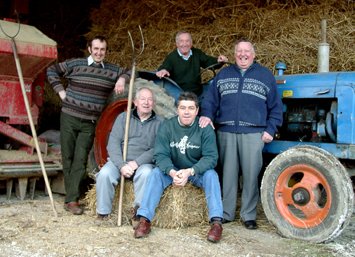 Sportsmen Arouse and Mistletoe Bough were sung by George Townshend, not too far away in Lewes: while Dame Durdon and Sportsmen Arouse were by no means restricted to the Rottingdean canon or the Coppers.  Most of the other songs are from the repertory of the Glee and Catch clubs

which flourished throughout much of England 150 years ago.  While Shepherds Watched is now being seen to have been almost universally known - in countless versions - throughout the land (sound clip).

The first song on the CD, In Yonder Old Oak, is unknown to me - and I can't find it with this title or first line in Steve Roud's Folk Song Index -

though its form is utterly familiar, and I would be surprised if the Coppers didn't sing it at some point in the past (sound clip).  This is delightful!

So is another unfamiliar song, The Old Owl, the first verse of which was written in 1609 by Thomas Ravenscroft.  It's obviously part of the glee and catch repertoire, and seems an appropriate sound clip to leave you with.  I enjoy this record very much, and I'm sure you will, too.  Our thanks should go to George Frampton for bringing the Millen family to our notice and to Simon Evans for producing this excellent CD - copies of which can be obtained from Neil Ridley, Hamden Grange Farm, Bethersden, Ashford, Kent, or from Veteran Music - price È12.99.